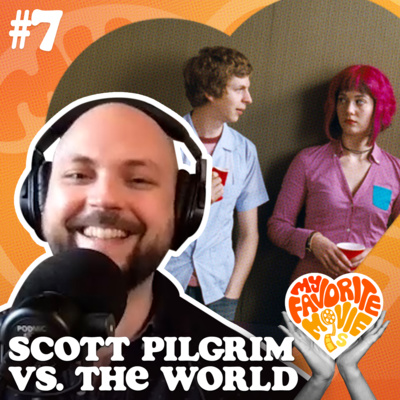 The Characters in SCOTT PILGRIM VS. THE WORLD Kinda Suck And That’s Okay (with Scott Niswander) | Episode 7

The beloved cult classic Scott Pilgrim vs. The World seems to have a problematic reputation. After all, its characters...kinda suck. But that's what makes them great. Scott Niswander of the YouTube video essay channel "NerdSync" sits down with Larry to explain how the film's flawed characters and strong themes unlock a profound depth to one of cinema's most entertaining comic book romps. We also discuss how the film creates its own unique cinematic language in bringing its source materials' panels to the big screen.

Check out Scott's work on the NerdSync YouTube Channel!

Listen to Scott on It's Probably (Not) Aliens!